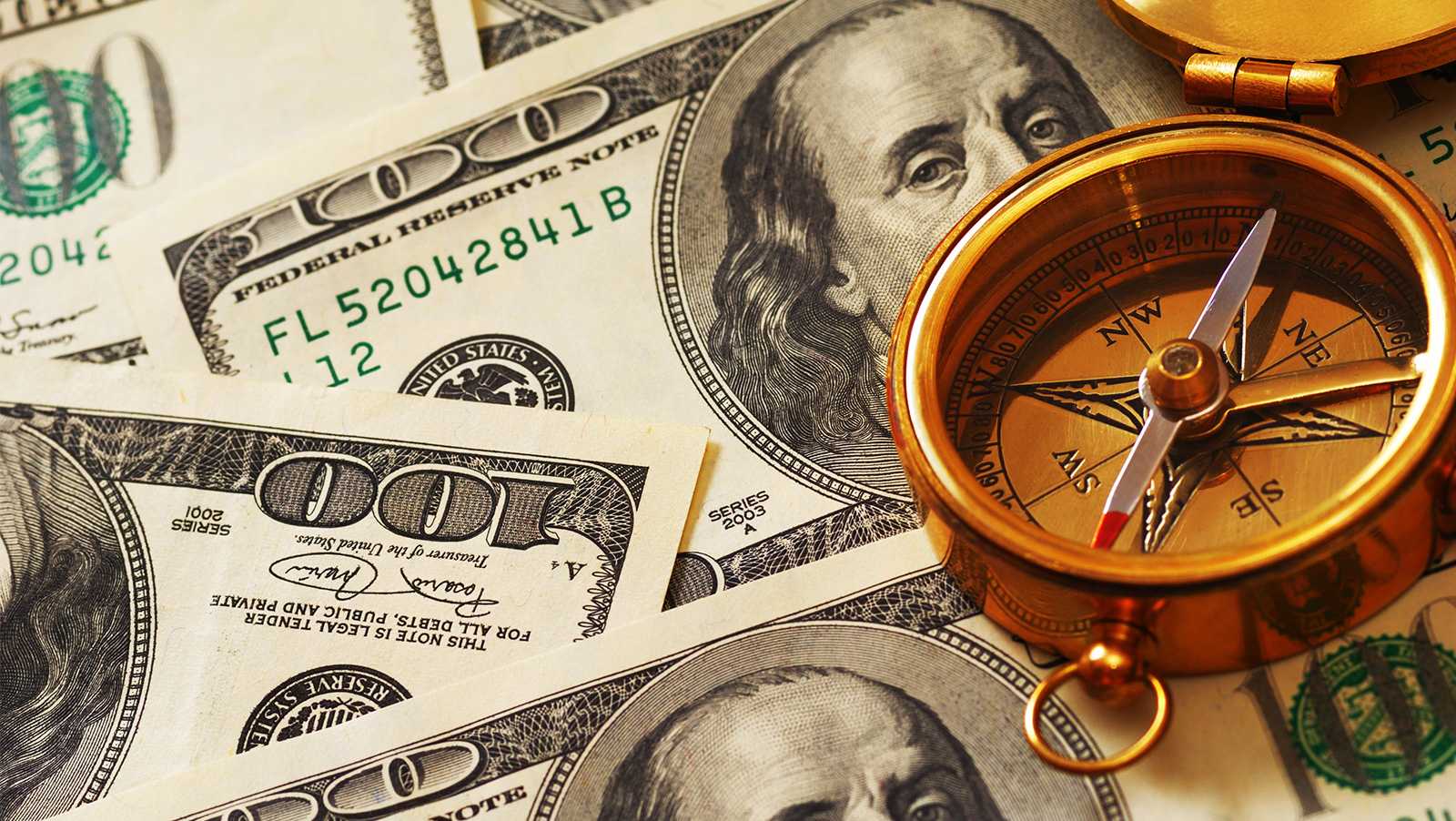 New Jersey’s Division of Gaming Enforcement has just confiscated the funds of Vinh Dao, a California resident. By placing online bets at the Borgata and Caesar’s Atlantic City from out of state, he violated New Jersey law. So the Garden State emptied his ADW accounts at both places, a seizure totaling $90,000.

The Mouthpiece: Cross border i-gaming-why not?It is unclear how he managed to evade New Jersey’s geolocation software, which is supposed to prevent non-residents from playing remotely in Atlantic City casino games. To be fair, he didn’t get away with it for long. Dao’s activities were spotted in late 2014, after the software’s initial teething troubles had been worked out.

Why should that be so? If the whole idea of gambling law is to protect online gamblers against the wiles and excesses of the gambling operators, why do online horse bets and poker get a pass, while playing blackjack online remains an offense? Certainly no credible authority on problem gambling would say that this sort of gambling over here is dangerous per se and has to be restricted and supervised, while that sort of gambling over there is no problem. There are too many variables, too many differences between the inclinations and temperaments of individual bettors.

Or again, money can be lost on DFS fantasy sports—but that isn’t considered “gambling” at all by New Jersey. The “lootbox” features on multiplayer video games (MMOs) have been accused of being gambling on the sly—but only by some. Belgium and the Netherlands swear up and down that they are gambling. The United Kingdom says they ain’t. Here in the USA, Washington State says they’re gambling devices; Hawaii looked at the idea but is not yet decided. And as usual, the vast majority of gambling authorities, both here and abroad, haven’t even taken up the issue.

So who’s on first?

And, while we’re at it, where is first base located? One of the most confusing effects of the digital revolution is that someone can, essentially, be in two places at the same time. Let’s take an example. Alice, who lives in Atlantic City, can use her laptop to bet on an NBA basketball game but she flew to Cleveland, so she would not be able to bet. That’s against Ohio law.

Ohio law, like the laws of every other U.S. state, extend only to the state borders, absent unusual circumstances. If Alice, while in Cleveland, places a bet via her smart phone with the New Jersey operator that is supposedly a violation. But the question is, is the gambling taking place in Cleveland or in Atlantic City? Atlantic City is where the gambling server is located. It is where the odds are calculated, where the value of Alice’s bet is set aside from her ADW account. It is where the gambling event is transacted, where the winnings are paid and losses collected. The fact that Alice sent her message while physically located in Ohio is mere happenstance, and has nothing to do with bet placing, collections or payouts. A gambling transaction is essentially a contract, and contract law says the same thing: where the location of the contract is not stated, the contract is deemed to take place where it becomes executory—that is, capable of being carried out. And for this example, that can only be New Jersey.

It is not illegal for Alice to phone a friend in Atlantic City to make the bet for her, so long as she does not make it a business. But it is against the law for her to place it personally, online.

Of course Ohio is entitled to outlaw that gambling if it so desires. If Alice were to take or transmit bets from people in Ohio, that would violate Ohio law. But the aim of state gambling law is to protect the betting public of that state from the risks of gambling. And, of course, to enhance revenue through taxes and fees.

In the case of Alice, the law does neither. It is not protecting Ohio residents from illegal gambling because Alice is not an Ohio resident. She is not offering the gambling to anybody else. In fact, if she were to even allow someone else to use her account, that would be grounds for the gambling operator to close that account. It does not take any revenue away from the Ohio state government, because Alice does not owe them anything. And in any case, Ohio has no duty to protect people who live in New Jersey from the hazards of gambling.

In that case, why should Ohio, or any other state, worry about bettors like Alice, who are after all just passing through? Why should New Jersey be forced to shut her out of online gambling until she returns? And above all, why should an exception be allowed for certain gambling formats interstate, while others are shut out?

The new reality of gambling—digital, global, and online—has caused a fundamental shift in the way gambling is offered, and consequently, what the regulatory authorities are obliged—or even able—to do about it.

Alice would of course be in trouble if she brought a roulette wheel into Ohio. Even if no Ohio residents actually gambled at it, the sight of Alice placing her bets could be construed as detrimental, encouraging or even advertising gambling. But on a laptop? A smart phone? People would have to be intrusive to even find out what Alice was doing, and they wouldn’t be able to participate anyhow. It is no small irony to note that the digital age has made the public expansion of gambling into a private matter.

And the subject of privacy brings us to a closely related topic, free speech.

Distress signals are almost identical to those posted for so-called gambling addiction—an urge that can’t be controlled, that can interfere with work and relationships, not to mention undermining society’s morals.

Yet even the raunchiest publications claim freedom of the press and free speech. Gambling, however, cannot. The Rehnquist Supreme Court, in what is known as the Posadas case declared that there was no such thing as a right to gamble.1 Although Posadas itself was later overruled, the idea of there being no right to gamble has lingered on.

And nobody has really explained why. It is certainly at odds with the ever-expanding current definition of freedom and liberty. In fact it contradicts one of the central beliefs of the American constitutional system. Because if Alice is so foolish or so weak that she cannot be trusted with a few dollars of her own money and a few hours of her own time (but only as regards certain games), how can she be allowed to vote?

We use cookies on our website to give you the most relevant experience by remembering your preferences and repeat visits. By clicking “Accept All”, you consent to the use of ALL the cookies. However, you may visit "Cookie Settings" to provide a controlled consent.
Cookie SettingsAccept All
Manage consent

This website uses cookies to improve your experience while you navigate through the website. Out of these, the cookies that are categorized as necessary are stored on your browser as they are essential for the working of basic functionalities of the website. We also use third-party cookies that help us analyze and understand how you use this website. These cookies will be stored in your browser only with your consent. You also have the option to opt-out of these cookies. But opting out of some of these cookies may affect your browsing experience.
Necessary Always Enabled
Necessary cookies are absolutely essential for the website to function properly. These cookies ensure basic functionalities and security features of the website, anonymously.
Functional
Functional cookies help to perform certain functionalities like sharing the content of the website on social media platforms, collect feedbacks, and other third-party features.
Performance
Performance cookies are used to understand and analyze the key performance indexes of the website which helps in delivering a better user experience for the visitors.
Analytics
Analytical cookies are used to understand how visitors interact with the website. These cookies help provide information on metrics the number of visitors, bounce rate, traffic source, etc.
Advertisement
Advertisement cookies are used to provide visitors with relevant ads and marketing campaigns. These cookies track visitors across websites and collect information to provide customized ads.
Others
Other uncategorized cookies are those that are being analyzed and have not been classified into a category as yet.
SAVE & ACCEPT